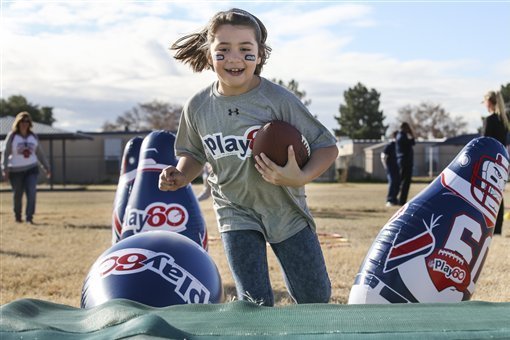 Sports have this amazing, unique way of making a positive impact in society. Whether it’s helping children, communities or even nations, sports make a difference on a daily basis.

Sure, nothing is all sunshine and lollipops, but there is good being done with sports as the platform. Team and player foundations are raising money for worthy causes, major events are boosting local economies and kids are encouraged to get out and get active.

So instead of focusing on off-the-field scandals or even the games themselves, let’s take a few moments to focus on nothing but the positives. 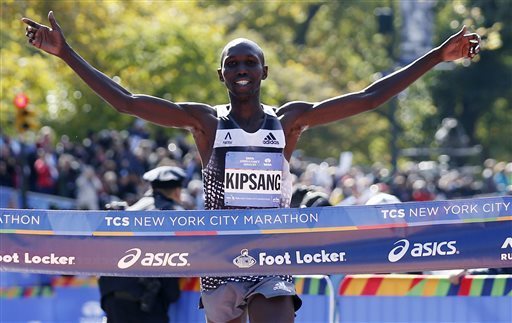 Sports represent a billion-dollar business—that’s no secret. But what you might not realize is the immensely positive impact sports have on local economies, mainly through tourism dollars.

In 2010, the New York City Marathon boosted the city’s economy to the tune of $340 million. Bob Nightengale of USA Today reported that the Chicago Cubs generate $600 million annually for the state of Illinois. 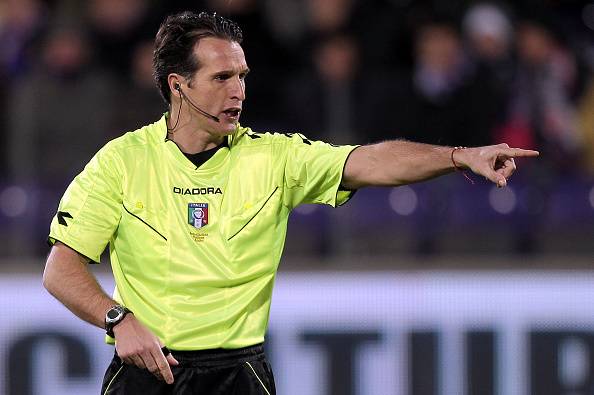 Part of the economic impact involves jobs. According to Economic Modeling Specialists Intl., as of 2013, the sports industry in America produced 456,000 jobs (average salary $39,000).

These jobs include far more than just the athletes—EMSI looked at other occupations involved with spectator sports such as coaches, referees and agents. And that doesn’t even take into consideration the many stadium vendors and their employees, front-office personnel, etc. 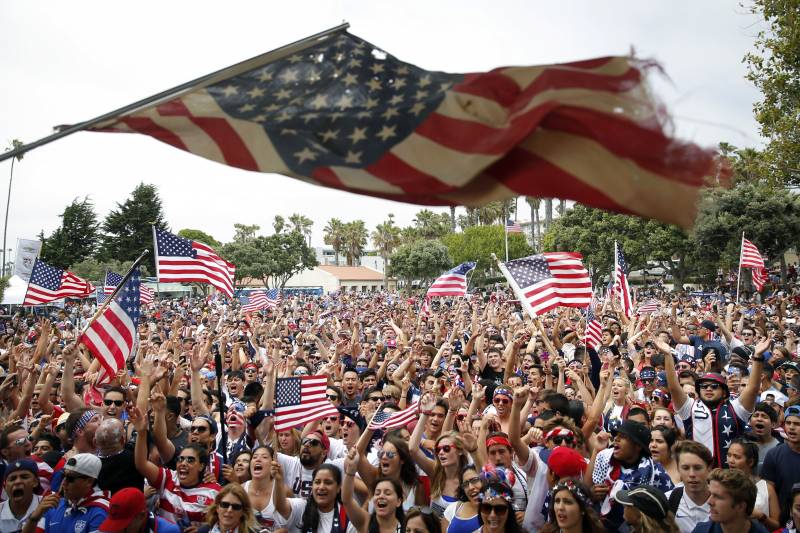 Sports provide a platform for people to come together and support their country. International events like the Olympics and the World Cup serve as a point around which to rally and show national pride and unity.

During the 2014 World Cup, American fans turned out in en masse to support the men’s national team. FIFA reported that 200,000 World Cup tickets were sold to U.S. residents. The U.S. match against Portugal was one of the most-watched soccer games in U.S. history with approximately 24.7 million viewers.

Sports also have the power to lift people up in times of turmoil. The Miracle on Ice came at a time when tensions were high in the Cold War, and South Africa’s 1995 Rugby World Cup victory helped a nation heal from decades of Apartheid. 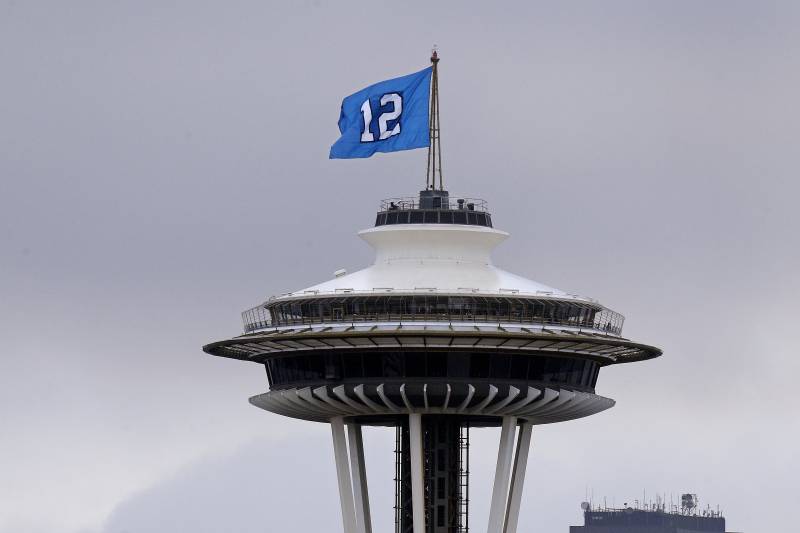 Along with national pride goes city pride. There is a certain togetherness, a certain camaraderie that total strangers can achieve simply by virtue of living in the same city and rooting for the same team.

Look at the Seattle Seahawks. Their fans are so proud and united, they consider themselves part of the team, the 12th man on the football field. In fact, the Seahawks are actually trying to trademark the number 12. 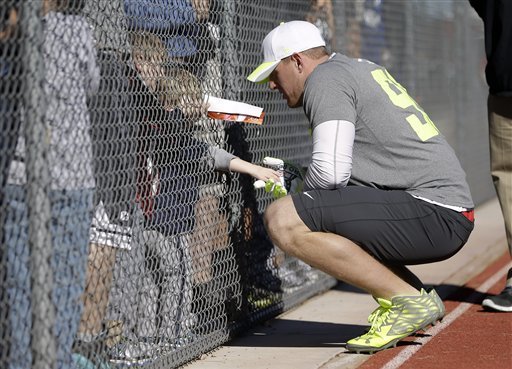 Ask young children who their role models are, and I bet a good amount of them would name an athlete.

Recently, a 7-year-old boy sent his Pee-Wee football jersey to Houston Texans defensive end J.J. Watt. The boy, Anthony Tarantelli, included a letter and called himself Watt’s “biggest fan.” Watt, who has gained a reputation as one of the NFL’s biggest role models, responded by sending the young boy some gear and a letter of his own.

Matt Hammond of Sports Radio 610 reported that when asked if he considers himself a role model, Watt said, “I’ve always felt as though there’s people who look up to us, or look up to me, so I try to provide the best example possible. I don’t judge anybody else. I can only speak for myself.” 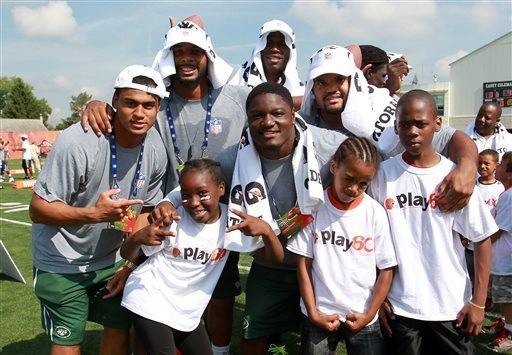 According to the Centers for Disease Control and Prevention (CDC), “More than one third of children and adolescents were overweight or obese” in 2012.

Young people who look up to athletes might be more likely to get out and play sports themselves. As a more concrete example, sports leagues have done their part to get kids active and healthy. The NFL Play 60 campaign works to “tackle childhood obesity by getting kids active.” MLB has its RBI program, or Reviving Baseball in Inner Cities, that teaches baseball and softball to disadvantaged urban youth.

Besides league-sponsored programs, the number of children playing sports in America in general is significant. According to Bruce Kelley and Carl Carchia of ESPN The Magazine, in 2011, approximately 21.5 million youth between ages six and 17 played team sports. 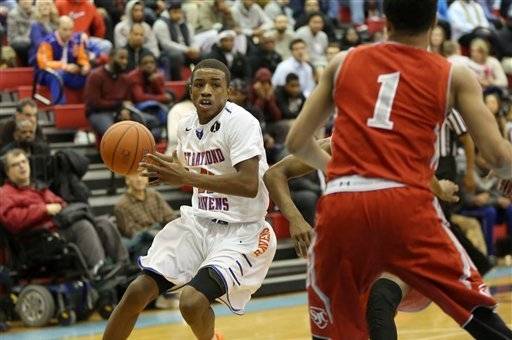 Besides helping children get active and healthy, sports participation can have other major benefits such as mental well-being and increased self-esteem.

Recently, a new study, “Sports at Work: Anticipated and Persistent Correlations of Participation in High School Athletics,” by Cornell behavioral science professor Kevin Kniffin found that sports can have a significant impact on employment outlook as well. According to the study, young people who played high school sports had a better career outlook and performed better in their jobs later in life.

Most teams and leagues have community-relations departments or charitable arms. This means that professional and collegiate athletes often spend time performing service in their communities.

In October of 2014, Boston Bruins hockey players visited a local children’s hospital for Halloween. They dressed up like characters from the Disney movie Frozen to help cheer up patients.

These are just two of many examples of teams and athletes supporting their communities. 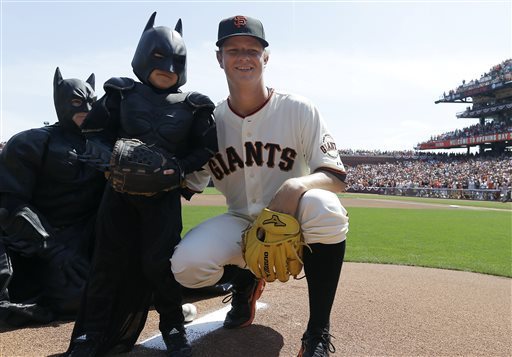 The Make-A-Wish Foundation isn’t the only charity of its kind, but it is probably one of the more visible. Make-A-Wish has partnered with many sports teams and athletes over the years to make dreams come true for young people with life-threatening illnesses.

One wish recently helped a young boy became a national phenomenon known as Batkid. Miles Scott, a five-year-old leukemia patient from northern California, wished to be Batkid, and Make-A-Wish made it happen. Miles spent a day “saving” San Francisco from bad guys, and the Giants even joined in.

Batkid saved the Giants mascot, Lou Seal. Later, Miles was invited back to throw out the first pitch on Opening Day. 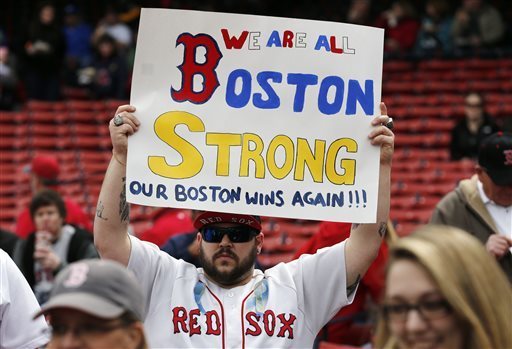 At the first New York Yankees home game following the 9/11 terrorist attacks, baseball helped a city and a nation begin the healing process and provided a platform to honor the city’s heroes. 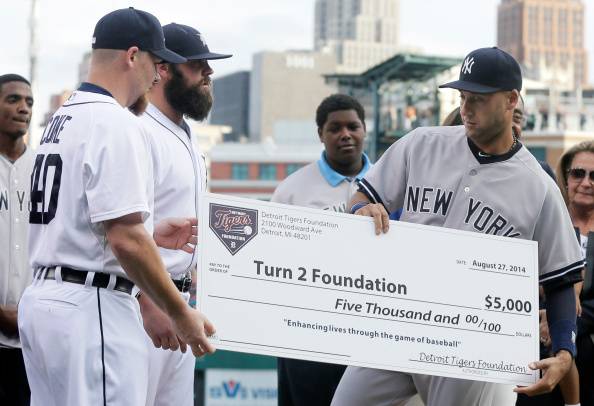 Many professional athletes have foundations. There are hundreds, in fact, with causes ranging from promoting healthy lifestyles to diabetes awareness.

Derek Jeter’s Turn 2 Foundation, in existence since 1996, helps steer young people toward a healthy way of life. During his final season in 2014, many teams donated money to Jeter’s foundation to help honor him. According to Bob Nightengale of USA Today, the foundation has raised over $19 million to date.

Most professional teams also have charitable arms that raise money to fund grants and community programs. In 2012, The Boston Globe reported that the Red Sox Foundation had raised over $52 million in 10 years. 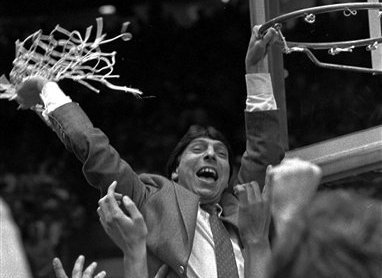 I know this sounds hokey, but one of the most positive things about sports is the pure, unadulterated joy that can result—for the players, coaches, fans and everyone involved.

Sports are emotional, and they can incite great passion. Sometimes it’s joyful, and other times it’s not. But anytime something can bring out that range of extreme, raw emotion in people, it’s a good thing.

Like Jim Valvano so movingly said in his 1993 ESPY speech, “…you should have your emotions moved to tears, could be happiness or joy. But think about it. If you laugh, you think, and you cry, that’s a full day. That’s a heck of a day.”

Measuring what counts: The impact of sport on society.

Essay about Influence of Sports on Society.

Benefits of Sport to Individuals, Society and The Economy

Get latest update and Whitepapers